I have become a house bore. For the past month when anyone has asked how I am, it began with ‘STRESSED – I am in the middle of house renovations’, before rattling off various floor/door/colour match issues. Whilst I gallantly braved the  excavation of the kitchen it was The Bald One who suffered with a completely unreasonable woman. I would regularly ask for his design opinion, such as which of the three almost identical ‘marble’ worktops he preferred. It was usually greeted with a shrug, sigh to the Gods and copious mutterings of how he was marrying Linda Barker. This was retorted with a screech ‘do you think I ENJOY this, the choices the decisions, the stress…etc’, as I walked around the house with a hand held to my brow, bellowing how exhausting it all was.  When he was finally bullied into picking a colour this was not completely satisfactory; ‘ohhh do you think?! I’m not sure about that one – that was actually my least favourite….’ But, alas, the kitchen is now complete and I now flounce around smugly thinking I’m hosting a cookery programme, whilst Baldy is reunited with his, almost, sane cake baking fiancé.

Directions for use: These have to be eaten on the day! Invite some friends, pour a coffee and get stuck in! 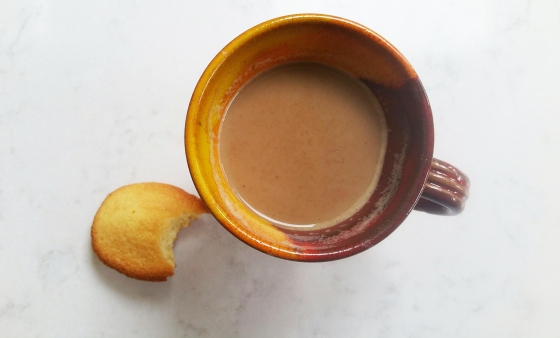 One thought on “Madeleines”

There was an error retrieving images from Instagram. An attempt will be remade in a few minutes.

There was an error retrieving images from Instagram. An attempt will be remade in a few minutes.